A brief history of the parish…

The parish was the first to be established in the then new Belconnen valley and was known as “The Co-operating Churches of the Provisional District of Belconnen ‘A’”. As each separate denomination could not afford to provide the ministry needed in the area during those early ‘pioneer’ years, a unique scheme of co-operation between the Anglican, Churches of Christ, Congregational, Methodist and Presbyterian churches was proposed.

In 1967, after much planning, a Covenant Agreement setting out details of the Scheme was signed by representatives of the five co-operating churches. The main elements of the Scheme were:

A Group Council (the equivalent of a Parish Council) was appointed, the members being drawn from each of the denominational groups.

With the assistance of clergy from central Canberra, regular services began on 11 February 1968 in Macquarie Primary School. Anglicans met for Holy Communion in the assembly hall, while the Joint Congregation held their services in a large room. Following the services people gathered in the canteen for fellowship over morning tea, and this time together became precious as many were isolated from their nearest neighbours. 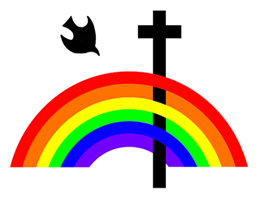 The first minister appointed to the parish was an Anglican, and a Presbyterian joined him nine months later. A Rectory was built in Aranda and a house in Cook was purchased for use as a Manse. Because of growth in the Joint Congregation they required more space, so in early 1969 the services were moved from Macquarie to the newly opened Aranda Primary School. This had two assembly halls, making it very suitable for the concurrent services and time of fellowship that followed. There were regular combined services, and permission was sought for Inter-Communion services and this was granted in late 1969. A competition was held to choose a name for the parish and on 20 June 1974 the name “Church of the Holy Covenant” was adopted. Our parish symbol of the rainbow, cross and dove is a reminder of the covenant God made with Noah and also the covenant of co-operation under which the parish was established. After operating for ten years, the common purse was terminated and this marked ‘the beginning of the end’ of the co-operating scheme. As the two congregations had grown so close this caused much unhappiness and genuine grieving.

Over the years a number of plans for proposed church buildings, on various sites, were presented, but it wasn't until July 1984 that the Anglican worship centre at Jamison was opened. As the old rectory in Aranda was too small and rather inconvenient, a new one was built on the same site as the Worship Centre, and it was dedicated on 5 February 1989. This building is now used as the Rainbow Centre.